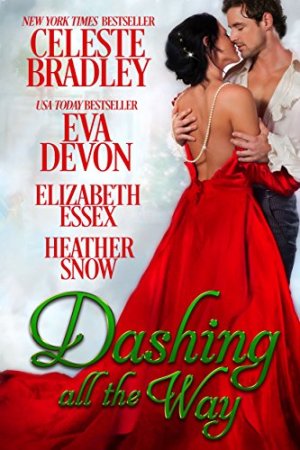 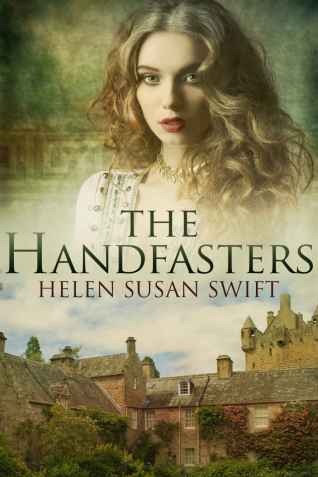 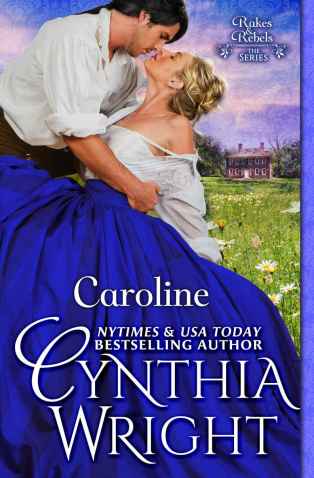 Dashing All The Way

“A Rake for Christmas” by Eva Devon
Lady Evangeline Pennyworth is done with being a wallflower and turns to London’s most notorious rake, demanding he teach her how to be desirable. After witnessing the love of his parents devolve into pain and anger, Anthony Basingstoke has vowed never to be swept away by passion, even if he finds himself taken by this wallflower in a way he’s never been before. Only a Christmas miracle will make true love a gift that will last forever.

This story is just what it seem, a Holiday romance of a wallflower and a rake.

The story is woven around holiday revelry and a man who has steered clear of love because of the disastrous marriage of his parents.

I gave this mostly sweet regency 4 of 5 stars for storyline and characterization. This story was enjoyable but pretty much predictable.

“Up on the Rooftops” by Elizabeth Essex
Mischievous widow Caledonia Bowmont longs for London’s Christmas cheer, but a string of jewel thefts has brought the festive season to a standstill—and Society accuses the Scottish Wraith, Tobias McTavish. Toby is determined to clear his name and reclaim the life he’s built, so with Cally’s help, he heads up on the rooftops to trap the thief. Will they stop the high-carat crime, or find the hidden gem of lasting love instead?

I have read other works by this author and have found them all compelling.

Cally is sure she knows the identity of the thief, but it’s not who she thinks it is.

Toby once was known as the Scottish Wraith but he reformed and came back from war a hero. Now someone is mimicking his old crimes and has managed to get society to think him a thief once more.

Can Cally and Toby prove his innocence?

I gave this tale 4.5 of 5.0 stars for storyline and characterization and a sensual rating of 3.75 of 5.0 flames. It, too isn’t strictly a holiday romance but a mystery woven around the season.

“The Very Debonair Lady Claire” by Heather Snow
When Claire Barton’s twin is murdered, she takes his place in the War Department to flush out his killer. Her ruse works perfectly—until the man who once broke her heart becomes her new spymaster. The worst mistake of Andrew Sedgewick’s life was walking away from Claire that Christmas six years ago. Now that he’s found her again, he doesn’t intend to let her go—if they both survive this holiday season.

This was my first time reading anything by this author and I was pleasantly surprised.

This story is much more than a holiday romance with murder being it’s true essence.

When Claire Barton’s twin brother is fatally stabbed she conveniences her family friend who is his superior in the War Department to let her masquerade as her brother and take his place. After all she has been the one solving the coded messages all along.

Andrew is appointed to oversee the department when it’s head man is also murdered. Imagine his surprise when he discovers Claire disguised as her brother. He had let his friend scare him away from his sister six years ago, but now that he has found her he will not leave her again or will he let the circumstances chase him away again?

I found this the most compelling of the four stories in this anthology.

I gave this novella 4.75 of 5.0 stars for storyline and characterization and a sensual rating of 4 of 5 flames. There is only one very intimate scene but it truly heats up the pages.

“A Liar Under the Mistletoe” by Celeste Bradley
Fearless Amie Jackham doesn’t attend balls to dance, she’s there for the thrill of robbing the lockboxes of the unscrupulous. With the notorious Vixen still at large, Liar’s Club spy Lord Elliot Hughes is taking the opportunity to clean out a few lockboxes for the good of Crown and Country—and leaving the Vixen’s trademark lacy handkerchief behind.
Thief and spy can’t resist each other in this sexy, catch-me-if-you-can Liar’s Club holiday novella.

Who is the thief known as the Vixen? Is it Amie or Elliot or someone else entirely?

This is another well written tale by one of my favorite authors.

Will the actual culprit be found out or will these thefts lead to a very different ending?

I gave this novella 4.5 stars for storyline and character development and a sensual rating of 2.75 of 5.0 flames. This is another mystery of sorts woven around the holiday season.

I gave this collection an overall rating of 4.5 stars. I have rated each one individually above.

I received a complimentary digital ARC of this anthology to read. This in no way affected my opinion of this collection which I read and reviewed voluntarily. 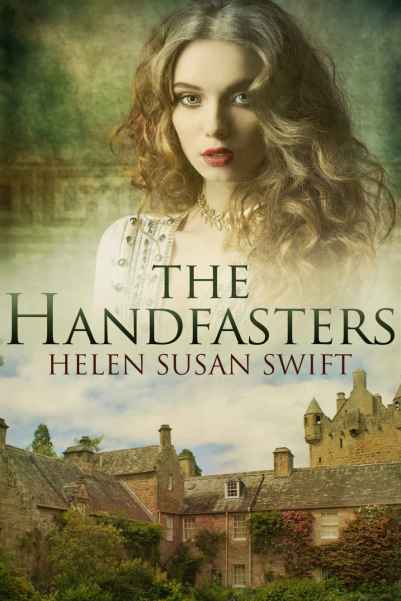 or FREE To Read With KindleUnlimited

Coming from the Scottish Highlands to Edinburgh in search of a husband, Alison Lamont finds herself in all sorts of trouble.

Thrown out of a fashionable ball for a stolen kiss, she flees from a riot in the notorious Old Town and ends up staying the night with Willie Kemp, an eccentric boatbuilder. While Alison falls deeply in love with Mr. Kemp, her aunt wishes her to marry the obnoxious but rich John Forres.

Alison takes drastic measures to solve her dilemma, including a long trip through the snow-covered Pentland Hills. But who left the mysterious footprints outside her cottage, and what secret is Mr. Kemp hiding?

Lose yourself in the perfect Romance by a perfect author!” ~ BERTRICE SMALL, #1 New York Times Bestselling Author
~ In 1783, Alec Beauvisage is returning from the Revolutionary War when he discovers Caroline in the Connecticut woods. Dressed as a boy, she has no memory of her past. Against his better judgment, he takes the lovely foundling with him to his home in Philadelphia and finds his life increasingly complicated as the fiery attraction between them builds and Caro’s dangerous past reaches out to her.

CAROLINE is Cynthia Wright’s unforgettable debut novel and is on keeper shelves worldwide. The story of a confirmed rake and an innocent, spirited young woman, it is filled with sensual romance, evocative history, memorable characters, and the joy of true love.