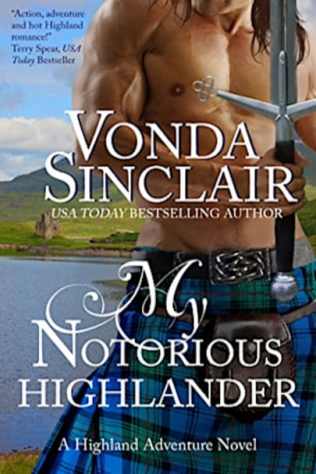 Get your FREE copy of

BOOK ONE: The Stolen Bride Series

She belonged to another… But was destined to be his…

Lady Arbella de Mowbray abhors the idea of marrying an English noble occupying Scotland. When she arrives in Stirling, she is thrown into the midst of a full battle between the Scots and the English. Besieged by rebels, she is whisked from her horse by a Highland warrior who promises her safety. But when he kisses her she fears she’s more in danger of losing herself.

The last thing Magnus Sutherland wants is to marry the beautiful English lass he saved. As the laird of his clan, he has a responsibility to his clan and allies. But when Arbella is attacked by one of his own men, he determines the only way to keep her safe is to make her his. A decision that promises to be extremely satisfying.

Magnus brings Arbella to his home of Dunrobin Castle in the Highlands. And that’s where the trouble begins… Their countries are at war and they should be each other’s enemy. Neither one considered their mock marriage would grow into a deeply passionate love. What’s more, they were both unhappily betrothed and those who’ve been scorned are out for revenge. Can their new found love keep them together or will their enemies tear them apart?

Chief Torrin MacLeod vows to possess and wed the spirited lady who stole his heart the previous winter. But Lady Jessie MacKay wants naught to do with the dangerous warrior, no matter how devilishly handsome and charming he is. When Torrin arrives unexpectedly at Jessie’s home, along with Gregor MacBain, a man Jessie was formerly handfasted to, she is thrown off-kilter. She never wanted to see either man again, but now they are vying for her hand. Torrin promises to protect her from the devious MacBain, but how can she trust Torrin when she has witnessed how lethal he is?

The more time Torrin spends with the strong and independent Jessie, the more determined he is to win her heart. Once she allows him a kiss, he feels her passion flame as hot as his own. After she knows Torrin better, Jessie finds herself falling for the fearsome Highlander. But the odds are stacked against them. The sinister MacBain is bent on kidnapping Jessie, making her his bride and killing Torrin, while Jessie’s conniving younger brother, Haldane, is determined to use Jessie to take over the castle in his older brother’s absence. Jessie fears she can never be with the man she loves, while Torrin will do everything in his power to ensure they are together forever. In his heart, she is the only lady for him.

Her gaze landed on Torrin MacLeod first. A wave of panic and something far more disturbing washed over her. The man was just as striking and attractive as the last time she’d seen him, mayhap more so, with his compelling green eyes, long chestnut hair and tall, lean frame. He was one of the few men who towered over her. But looking into his eyes filled her with a mixture of dread, fear, and something she didn’t want to think about.
She quickly switched her gaze to Gregor MacBain. His black hair was much longer than it had been the last time she’d seen him and a scruffy short beard covered the lower half of his face. His dark-brown eyes had once completely bewitched her, but now she could hardly tolerate the sight of him. She had been so young and naïve when she’d first met him.
“Lady Jessie,” Gregor said in a cheerful tone, then bowed deeply. His conciliatory smile annoyed her greatly. “I’m so glad to see you, lass.”
“What do you want, Gregor?” she demanded.
Torrin snorted, one side of his lips kicking up in a half smile as he watched her with pronounced interest.
Heat rushed over her and she immediately felt even more edgy than before. No matter how disconcerting she found him, she simply needed to ignore Torrin, but remain ever vigilant around him for he was a dangerous man. She had seen firsthand what kind of lethal warrior he was.
“Is that any way to greet your husband?” Gregor cajoled.
“You are not my husband,” she stated firmly, sending him what she hoped was a cutting glare. “You married another woman.”
“Aye, but she passed giving birth to my son. I made a mistake. I never should’ve left you for her. I ken you must have missed me.”
“You’re wrong. I hardly remember much about you. And our marriage was not a legal one, so you were never my husband, in truth. ‘Twas only a handfasting.” She detested the Highland practice of trial marriage for a year and a day, to see if the woman would conceive a bairn, before the legal marriage took place. This, of course, benefited the man, usually a chief who needed an heir. She would never willingly enter into one of these arrangements again. She’d much prefer to remain unmarried and be of service to her family and clan.
Gregor sighed. “A storm is blowing in off the sea. Will you not let us in and feed us supper? What of Highland hospitality?”
“I have no hospitality or sympathy for you,” she said.
“Allow me to talk to the lady alone.” Torrin’s tone was low and deep, but most disturbing of all, he never took his eyes off her.

All prices are subject to change.

Make sure you check the price before clicking buy.

These reviews and promos are my gift to you the reader.

I do not receive any compensation for my promotions.

I also Review Books & ARCs
Through The Following:

and For Individual Authors by Request