Get a First Look at

Here’s your FIRST LOOK S.L. Hannah’s upcoming romantic suspense novella, HARD TRIGGER! Join us as we get our first peek at this dark and sexy enemy to lovers tale where loyalty is in the eye of the beholder. Plus, enter to win one of five paperback ARCs of HARD TRIGGER! 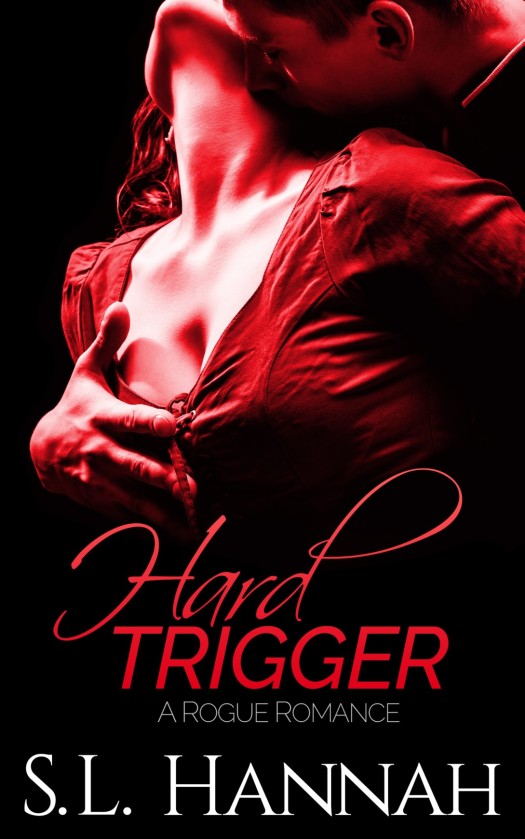 “Your mother’s opiates are coming from Jose Herrera’s distribution network.” My pulse races as my stepfather speaks these words. Because taking on the Herreras also means taking on Diego.

Reckless, and hardened by a volatile past, Victoria does not see a future with Diego Herrera as a realistic option. As their childhood friendship ignites, they find themselves on opposite sides of a bloody feud between the two most powerful families in Mexico City. And she’s a Moreno now—brought up to be the secret weapon nobody suspected.

But Victoria can’t deny the attraction. Diego’s commanding muscles, the coarse, dark hair of his solid chest, that rugged scar above his sensuous lips…

Loyalty is in the eye of the beholder.

Enter to win one of five

I take a long sip of my drink, the flavor of olives and alcohol saturating my mouth. “How’d you do in there?”

“Not even close to as impressively as you.” He shakes his head, as if we’ve just finished a friendly one-on-one game on my balcony.

The bartender slides a tumbler brimming with brown juice towards him. I press Max Bet, and hold two Queens. “You know what they say about losing propositions.” I land a full house, and suck on my cigarette. Diego notices. “Get out before you get killed.” I tilt my chin up to exhale away from his broad torso, moving in closer as he leans an elbow on the bar. The current between us surges.

He swirls the ice in his glass before downing most of the whiskey. “Unless the risk is worth the reward,” he says placing his near-empty glass on the bar. “Like winning a $150,000 pot…on a bluff.” He stares at the cut over my brow. “Jujitsu?”

I nod, gulping down more alcohol, watching his jaw flex from youth and an overabundance of testosterone. “Are you looking for pointers?”

“I want to apologize.” One of his large, well-manicured hands takes the cigarette from between my fingers. He inhales deeply, glancing briefly at my empty ring finger.

He’d accused my step-father of purposely calling me to break up our trip, and worse, that my working for him was the reason that my mother had ended up in the hospital.

I finish my drink and push it out of my way. It’s the only thing I can do to calm my nerves. I stand, and in my heels, we’re nearly at eye level. “My mother is out of the hospital. Thank you.” I place a fifty on the bar and press the Cash Out button. “But it doesn’t change anything between us.” I slip the paper worth a couple hundred extra now into my clutch, sidling up next to him, “So fucking hot, aren’t you?” My bare shoulder brushes against his jacket, and my cheek gets flush the closer it inches towards his. “But let me be clear.” My lips brush his ear. “I’m not interested.”

I let that sink in before pouting like I’m about to blow him a kiss and strutting away, even though I know his eyes are still on me.

“Hey,” he calls out, but I don’t bother turning around. Diego and I…we’re better at being friends. I shouldn’t have given him false hope.

My fist whips up. Reflex. I nearly clock him. And he let’s go, putting some distance between us. “I know you like to play rough, Victoria. But I also know you’re trying to kill my uncle.”

I grind to a halt. My heart thumps loudly in my chest.

“Interested now?” Diego places his hand back on my arm and walks me towards a set of elevators. 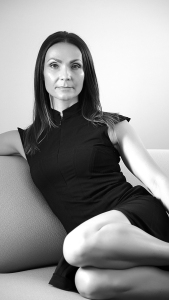 S.L. Hannah was born in Poland, grew up in Canada, and moved to Southern California to pursue her love of single-engine airplanes. Her latest rogue romance, Hard Trigger, will be published on August 28th, 2018. Visit her online at www.slhannah.com to learn about her other books, to get updates about her new release, and to connect through social media. S.L. Hannah lives in Los Angeles, CA with her husband and garden of succulents. When she’s not writing fiction, she continuesto solve the aviation problems of the world.