MY NEW RELEASE REVIEWS of

The Risk of Rogues 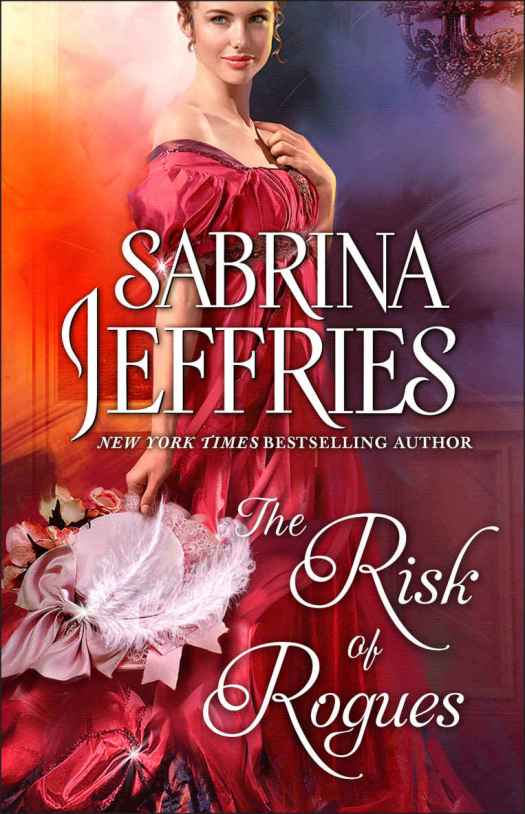 Lady Anne is shocked when Captain Lord Hartley Corry—her former fiancé who left for India after her father forbade their marriage—returns to England and acts as if everything is all water under the bridge. He never fought for her hand or eloped with her as he promised and he thinks she’d still be willing to marry him? Not a chance.

Hartley is equally shocked to literally run into his past love upon arriving at his brother’s house. Though he yearns to take advantage of this second chance to woo his beloved, he can hardly admit that he is secretly a spy—at least not until he can be sure he trusts her. But convincing Lady Anne to let him prove his sincerity by courting her respectably all over again might be his undoing. Because all he wants is to show her how much of a rogue he can be when the right woman is in his arms.

You can always count on Sabrina Jefferies to entertain her readers.
This book is a short read. It can easily be completed in one sitting. The characters are interesting and well developed in spite of the shortness of this book.

Hartley’s one wish in life was to marry the love of his life, Anne. When her father refused his offer of marriage he was determined to change the man’s mind by proving he could and would support them so he purchased a commission in the army and left for India.

He wrote to Anne constantly but she never received his letters which were intercepted by her father.
Now Anne’s father is dead and Hartley has returned to England with no idea where she has disappeared to.

Imagine his surprise when literally running into her at his brother’s house party.
Will he be able to convince Anne of his undying devotion?

Read this enjoyable read of less than two hours and find out for yourself.

I gave this novella 4.75 of 5.0 stars for storyline and characterization and a high sensual rating of 4.25 of 5.0 flames. Although Anne is still a virgin the intimacy ran very hot indeed.

Sabrina Jeffries is the NYT bestselling author of over 50 romance novels and works of short fiction (some written under the pseudonyms Deborah Martin and Deborah Nicholas).
Whatever time not spent writing in a coffee-fueled haze is spent traveling with her husband and adult autistic son or indulging in one of her passions–jigsaw puzzles, chocolate, and music.

With over 9 million books in print in 20 different languages, the North Carolina author never regrets tossing aside a budding career in academics for the sheer joy of writing fun fiction, and hopes that one day a book of hers will end up saving the world.

and 2018 RITA® finalist for Romance Novellas

Previously Featured in The Anthology

Now Available as a Standalone Title

A 2018 RITA® finalist for Romance Novellas!

Freya Sutherland is a desperate aunt trying to keep custody of her precocious young niece, Ella. After the death of her father, Freya is willing to do anything to prove she’s capable of being Ella’s guardian, even if if means marrying for security instead of love.

Recently retired from the military, Captain Gregory Pennington wants nothing more than to make it home in time for Christmas. When his brother hears of his plans to return to the family estate for the holidays, he asks Penn to escort some travelers to the bordering estate.

When Freya and Penn meet their chemistry is instant. Once they realize he’s their escort for the journey, there’s no escaping their attraction. But Penn has plans that do not include a wife and child. And Freya has responsibilities as Ella’s guardian, no matter her growing discontent with her upcoming marriage. With Ella conspiring to get them together, Penn and Freya might just experience a little magic during the holidays.

This was my favorite story in the previously released anthology, “Christmas in Kilts”.

With a desperate heroine who needs a way to keep custody of her precocious niece who really made this story delightful; I loved it so much I had no problem rereading it now.

I easily see why this book received a RITA award nomination.

This novella is easily one of the best I have read in the last two years.

I gave this story 4.75 of 5.0 stars for storyline and characterization.

Will our hero be the answer to our heroines prayers?

Will this pair find love or will both of them resign themselves to a marriage of convenience?

I gave this story a sensual rating of 4.25 of 5.0 flames. It was one of the more sensual novellas in the collection it originally appeared in.

I received a complimentary digital copy of this novella to read and review. This in no way affected my opinion of this title which I read and reviewed voluntarily.

USA Today Bestselling Authors Nikoo and Jim wrote their first May McGoldrick romance using historical figures that Jim researched while earning a PhD in sixteenth-century Scottish and English literature. Nikoo, a mechanical engineer, is a born storyteller. She is all about characters and feeling. Jim is about action and sense of place. Together, they have crafted over forty fast-paced, conflict-filled historical and contemporary novels and two works of nonfiction under the pseudonyms May McGoldrick and Jan Coffey.

Their stories have touched the hearts and minds of millions of readers all over the world. Their work has been translated into over a dozen languages, and counting. Because of their success, they have been frequent guests on local and national radio and television. They travel regularly, speaking at writers’ conferences, libraries, classrooms, and book group gatherings.

For the past decade, Nikoo and Jim have been conducting workshops bringing 21st century collaboration and writing skills to students and teachers.

These popular and prolific authors write historical romance, suspense, mystery, and young adult novels. They are four-time Rita Finalists and the winners of numerous awards for their writing, including the Romantic Times Magazine Reviewers’ Choice Award, the Daphne DeMaurier Award, three NJRW Golden Leaf Awards, two Holt Medallions, and the Connecticut Press Club Award for Best Fiction. Their work is included in the Popular Culture Library collection of the National Museum of Scotland.

Nikoo & Jim now reside in Southern California where Nikoo writes and Jim gazes out at the Pacific (Nikoo’s side of the story (-: ) 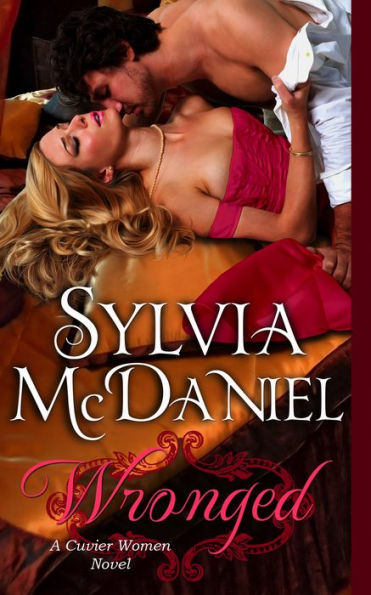 Shock, anger and humiliation were the only emotions Marian Cuvier felt for her murdered husband, Jean, especially after the detective informed her she’s not the only woman he married. There are three Cuvier widows and each one is suspected of murder.

After Jean’s death, Marian must enter the male dominated New Orleans business world and battle Jean’s handsome business partner, Louis Fournet to safeguard her children’s future and save their only source of income, Cuvier Shipping. Yet Louis has a way with women that Marian that arouses feelings she’s never experienced. Meanwhile Louis is wielding his power to sell the business without her knowledge. Can Marian learn to trust again or will Louis’ ruthless ambition shatter her heart as well as her future.

What Reviewers Are Saying About This Historical Romance!

Other books by Sylvia McDaniel

As High As the Heavens

Also Available at Other E-Book Retailers

The year is 1568 and Mary, Queen of Scots, is imprisoned in Lochleven Castle. But Mary’s supporters, including noblewoman Heather Gordon, are planning a daring rescue. In order to gain entry to the castle, they need to help of one man–a resident of a small cottage in the frigid Highlands who just happens to resemble someone with access to Lochleven.

Heather travels to the cottage as a tutor, determined to train this man to act the part of a nobleman in order to make their scheme a success. But in the close quarters of the cottage there is more afoot than political rebellion. And Heather is soon in danger of losing her heart and her head!

A suspenseful story of deceit and betrayal, love and secrets, this is a book you won’t want to miss.

and For Individual Authors by Request