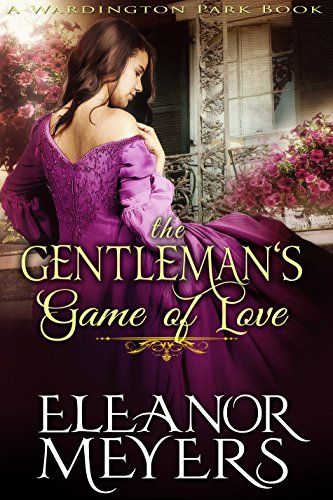 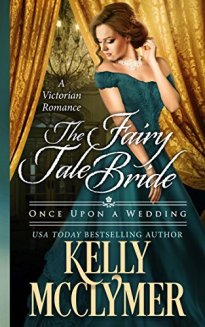 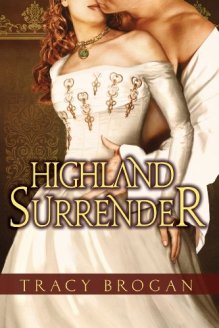 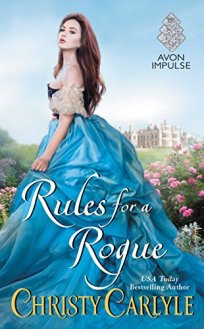 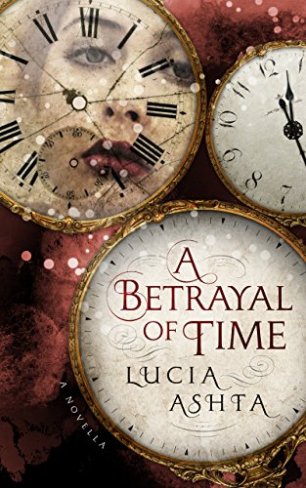 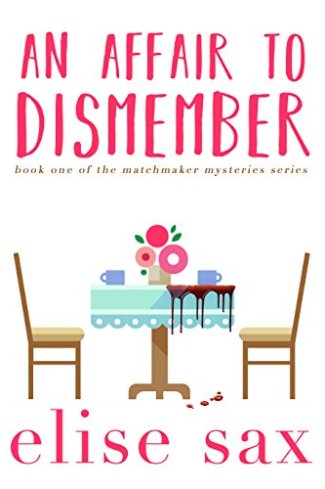 My New Release Review of

The Gentleman’s Game of Love

Losing a bet has never been more exciting…

Oh… how she wishes it were of the monetary variety…
Instead, she has to do a favor that will take her far from London, out in the country, and into the house of a man she loathes just as much as she is desperately attracted to him.

Guy’s the first man who’d been able to banish the darkness that haunts her, but she knows that a rogue can’t be trusted.

Guy Elkin is the new Viscount of Yapperts.

He has a desire:recruit for help.
To transform the tired looking country house into something just as breathtaking as his clubs back in London, and he knows just the woman to

He has plans for beautiful Lady Lindsey that go beyond picking curtains and couches, and is sure he’ll have her bedded in weeks…
But what Guy didn’t know was he’d also have her wedded!

When a slip of the tongue finds these two facing the priest, it’ll take more than attraction for them to find their happily ever after.
And can Anne truly escape the dark secret that follows her?

I have enjoyed each one of the titles I have read of this series. It is a pleasure to read well written romance without the constant sexual scenes.
Although I do read and review books that are essentially heated it is a nice break to read a book that reminds me of romance novels I read more than twenty years ago. This is a passionate read without all of the vulgarity and the beautiful cover art for this book certainly draws the potential buyer to it.
The characters in this book are well developed and the storyline is very believable. This author’s books would prove to the masses that it isn’t necessary to use profanity and vulgarity to write a good book.
I gave this book 4.25 stars of 5 for storyline and characterization and 2 of 5 flames for heat. Our hero and heroine do have a feisty relationship and there are moments that hint at passion but no actual sexual scenes
Thank you again Ms. Meyers for writing very good sweet/clean regency romance.

Once Upon a Wedding Book 1 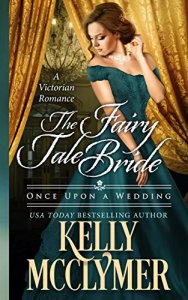 Miranda Fenster, known throughout society as the Fairy Tale Miss because she insists that happily ever afters are possible even amongst the arranged marriages of the Victorian aristocracy, is on a mission. Her goal? To rescue her brother. Her adversary? Simon Watterly, Duke of Kerstone. A man who almost offered for her five years before.
Simon has a mission of his own.

Furious with his late father and disillusioned by the honorable facade of society, he believes that family honor requires the ultimate sacrifice from him. Unfortunately, Miranda is determined to change his mind. Will Simon get his wish or will Miranda make him see he deserves a happily ever after?

From USA Today Bestselling author Kelly McClymer comes a tale of two stubborn hearts locked in a duel between honor and happily-ever-after.

“…filled with original, fresh characters, the necessary bad guy, an overbearing mother-in-law and love thwarted and restored.” — Savannah
“The uncertainty of what will happen next, the lies, the deceit all make this a book you don’t want to put down.” — Eileen

To seal a fragile truce, Fiona Sinclair’s brothers trade her in marriage to their sworn enemy. 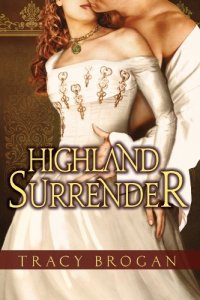 Though devastated by their betrayal, she has little choice in the matter, for if she refuses, her innocent young sister must take her place. The spirited Fiona is willing to sacrifice her freedom to protect her kin, but she vows never to surrender her heart.

As the eldest son of a clan chief, Myles Campbell is accustomed to having his own way. But when the king of Scotland commands he wed a defiant Highland lass instead of a French mademoiselle, Myles must obey his royal duty. Meeting his bride for the first time on their wedding day, he is pleased to discover the lass is a beauty, but she quickly proves she’d just as soon kill him as kiss him.

When two such warrior spirits collide, sparks fly, igniting a fiery passion that strains against the bonds of family honor, clan loyalty— and the ultimate surrender—love.

Rules for a Rogue 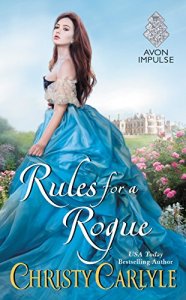 #1 Love freely but guard your heart, no matter how tempting the invader.

#3 Scorn rules and do as you please. You are a rogue, after all.

Rules never brought anything but misery to Christopher “Kit” Ruthven. After rebelling against his controlling father and leaving the family’s etiquette empire behind, Kit has been breaking every one imaginable for the past four years. He’s enjoyed London’s sensual pleasures, but he’s failed to achieve the success he craves as London’s premier playwright. When his father dies, Kit returns to the countryside and is forced back into the life he never wanted. Worse, he must face Ophelia Marsden, the woman he left behind years before.

After losing her father, Ophelia has learned to rely on herself. To maintain the family home and support her younger sister, she tutors young girls in deportment and decorum. But her pupils would be scandalized if they knew she was also the author of a guidebook encouraging ladies to embrace their independence.

As Kit rediscovers the life, and the woman, he left behind, Ophelia must choose between the practicalities she never truly believed in, or the love she’s never been able to extinguish.

A Betrayal of Time 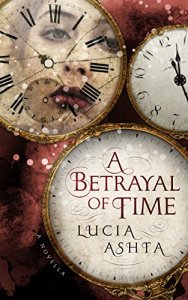 A Betrayal of Time is a story about Vivienne and Ray, who loved each other even before they knew what love was. They belonged together. They knew it, and everyone who knew them knew it.

It ripped them apart.

Vivienne was left alone, without the one thing — the one person — she needed.

Worse, she was the sole survivor of an unexplained cosmic event that folded time, transporting her 20 years into the future, when she was supposed to be long dead along with everyone else the event claimed. She didn’t know anything about time, except that it was her great betrayer. Still, no one else knew how to reunite her with Ray or with 1959. It was up to her to decipher the quandary no one had been able to resolve before: to bring predictability to the time space continuum, the one thing that could not be more unpredictable.

Note: This is a novella.

An Affair to Dismember

Publisher’s Description:
Three months has been Gladie Burger’s limit when it comes to staying in one place. That’s why 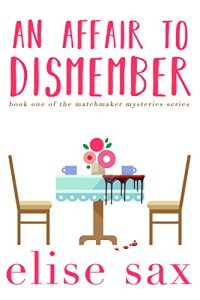 Gladie is more than a little skeptical when her Grandma Zelda—who is more than a little psychic– recruits her into the family’s matchmaking business in the quaint small town of Cannes, California. What’s more, Gladie is also highly unqualified, having a terrible track record with romance. Still, Zelda is convinced that her granddaughter has her clairvoyant “gift.” But when the going gets tough, Gladie wonders if this gift has a return policy.
*
When Zelda’s neighbor drops dead in his kitchen, Gladie is swept into his bizarre family’s drama. Despite warnings from the (distractingly gorgeous) chief of police to steer clear of his investigation, Gladie is out to prove that her neighbor’s death was murder. It’s not too long before she’s in way over her head—with the hunky police chief, a dysfunctional family full of possible killers, and yet another mysterious and handsome man, whose attentions she’s unable to ignore. Gladie is clearly being pursued—either by true love or by a murderer. Who will catch her first?

“Fans of laugh-out-loud romantic suspense will enjoy this new author as she joins the ranks of Janet Evanovich, Katie MacAllister, and Jennifer Crusie.”—Booklist, on An Affair to Dismember
*
“Elise Sax will win your heart.”—New York Times bestselling author Jill Shalvis
*

One thought on “Thirsty For Romance Thursday Bargains, Freebies & Reviews”