Bargaining With a Rake

This Deal is all about ROMANCE. A romantic read in a historical setting.

A Whisper of Scandal, Book 1

It’s hard to catch a husband when your fiancé keeps getting in the way, but Gillian Rutherford means to do so, by fair means or foul.

For eleven years, Gillian has dreamed of fleeing England and trading in her life as one of the notorious Duke of Death’s daughters for a fresh start where she must no longer hide the true circumstances of how her mother died. Now, faced with an arranged marriage that will chain Gillian to both England and her family’s dark secret, she’s desperate to save herself and the sister she adores. Salvation presents itself in the form of an American shipping tycoon. All she must do is meet him, seduce him and convince him to marry her without her frosty father or her deplorable fiancé becoming wise to her scheme. Gillian’s plan hits a snag when she makes a bargain with Alexander Trevelle, Lord Lionhurst, the unintentional heartbreaker.

Burdened with the belief that the sins of his past left him unworthy of love, Alex Trevelle avoids marriage with the finesse of a pickpocket born to the trade. When a peer of the realm seduces and destroys Alex’s sister, he hatches a scheme to publicly crush his enemy by stealing the man’s fiancé. Marriage to the ravishing and reckless Lady Gillian seems a minor sacrifice for Alex to get what he wants. There’s only one problem: the headstrong hoyden simply will not have him. Determined to secure his vengeance, Alex enters into a bargain with the beguiling lady. He’ll help her win the hand of his American friend if she’ll assist him with exacting revenge against her unwanted fiancé. It’s the perfect scheme, until the layers they hide behind begin to slip, and they come to discover that the price of keeping their pact may just be their hearts. In an atmosphere thick with desire, incipient hope and lies, they are torn between a need to hide ancient mistakes and a longing to embrace the truth no matter the cost.

Whispersync Ready For Voice at Amazon

Add Audible narration to your purchase for just $1.99 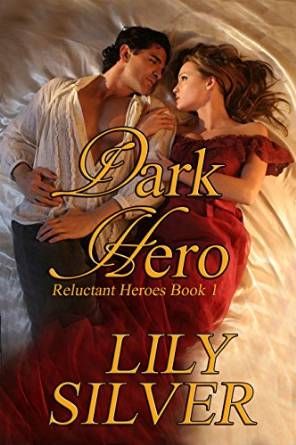 Get This One Today for FREE!

Married to a stranger; she awoke in his bed with no memory of their love . . .
Elizabeth is a survivor. Her existence has balanced on the edge of a knife for much of her life–a knife held by her cruel stepfather. Betrayed, kidnapped and left for dead, she awakens on a ship bound for the Indies, in the bed of a stranger claiming to be her husband. As she recovers from her ordeal, the gift of the seer emerges; the ability to see and speak with the dead. A descendant of druids, Elizabeth knows she must hide her strange gifts as her new husband could claim she’s insane and commit her to a madhouse. Can Elizabeth trust this Dark Hero conjured from the Gothic romances she once devoured? Or will he prove as unscrupulous as the man who sold her to him to pay off a debt?

Donovan survived betrayal, imprisonment and torture. Deception and subterfuge are the weapons used to keep people at a distance. He maintains separate identities–the terrifying Count Rochembeau, a reclusive nobleman rumored to disfigured, and the amiable Mr. O’Rourke, the count’s servant. Donovan’s penchant for deception may be his undoing when his bride awakens after her rescue and doesn’t know him. As he struggles to rekindle their love, he fears he may be locked in a prison of a different kind; a loveless marriage to a woman who fears him and cannot abide his touch.

Once Upon a Wager 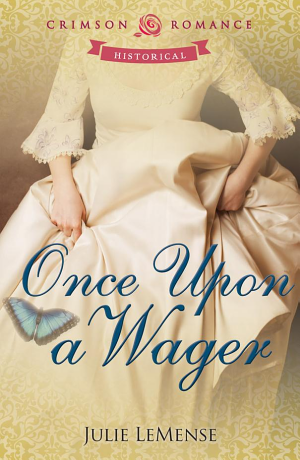 When Lord Alec Carstairs returns from the Peninsular Wars, hailed as a hero in the midst of the London Season, only Annabelle Layton knows the sort of man that he really is, that the honor everyone praises is illusory.

They’d been close friends once, before a passionate kiss changed everything. But if she’d secretly loved him, those feelings had died one bright summer morning, when a reckless wager left Annabelle with terrifying injuries. Alec had abandoned her without a backwards glance.

Hardly the actions of a hero.

But Alec has never forgotten her, despite his vow to stay away. There is more to that long-ago day than Annabelle knows, and shocking lies have distorted the past. Can he uncover its painful truths, and still keep his distance from the stunning beauty? Can he deny his forbidden desire, even as it flares again between them, hotter than ever? 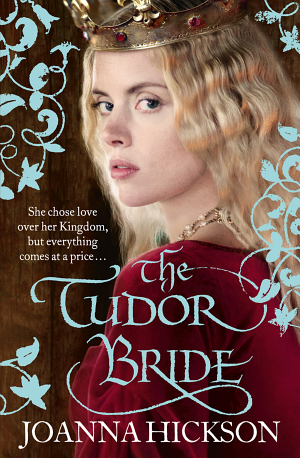 The thrilling story of the French princess who became an English queen from the author of critically acclaimed Agincourt Bride.

Perfect for fans of Philippa Gregory.

King Henry V’s new French Queen, Catherine, dazzles the crowds in England but life at court is full of intrigue and her loyal companion, Mette, suspects that the beautiful Eleanor Cobham, protégée of the Duke of Gloucester, is spying for him.

Catherine believes herself invincible as she gives birth to an heir, then tragically King Henry is struck down by fever. Unable to outwit those who seek to remove the new king from her care, Catherine retires from court, comforted by the King’s Harper, Owen Tudor.

At the secluded manor of Hadham a smouldering ember bursts into flame and Catherine and Owen Tudor become lovers. But their love cannot remain a secret forever, and when a grab for power is made by Gloucester, Catherine – and those dearest to her – face mortal danger…

Buy Your Copy Today At:

“It Started with a Scandal”

Lord Philippe Lavay once took to the high seas armed with charm as lethal as his sword, and a stone-cold conviction: he’ll restore his family’s fortune and honor, no matter the cost. Victory is at last within reach—when a brutal attack snatches it from his grasp and lands him in Pennyroyal Green.

An afternoon of bliss brings a cascade of consequences for Elise Fountain. She is shunned by her family and ousted from a job she loves, and her survival means a plummet down the social ladder to a position no woman has yet been able to keep: housekeeper to a frighteningly formidable prince.

The bold and gentle Elise sees past his battered body into Philippe’s barricaded heart . . . and her innate sensuality ignites his blood. Now a man who thought he could never love and a woman who thought she would never again trust must fight an incendiary passion that could be the ruin of them both.

Criminal defense attorney Suzannah Phelps is the bane of the Fredericton Police Department (they call her She-Rex for her habit of shredding cops in the witness box). She is currently being stalked, but is reluctant to report it to the police, whom she half suspects of being the perpetrators of the low-level harassment.

Detective John (Quigg) Quigley has always had a bit of a thing for Suzannah Phelps. When he learns of the harassment, it gives him the perfect opportunity to interact with her. They’ve struck sparks off each other in the courtroom, and he’s determined to find out if the chemistry is just as combustible outside of work. But when the stalker ups his game, Quigg knows it’s not a case of disgruntled cops razzing her. It’s deadly serious, and he’s determined to protect her. To do that, he must pose as her boyfriend, but the closer they get, the more the lines between pretense and reality blur.

Get Yours for FREE Today At:

3 books in 1! In celebration of the 20th year of publication for The MacKinnon’s Bride, this anniversary edition includes:

When Iain MacKinnon’s young son is captured by the English, the fierce Scottish chieftain vows to stop at nothing to secure the boy’s return. Retaliating in kind, he captures the daughter of his enemy, planning to bargain with the devil.
FitzSimon’s daughter has lived her entire life in the shadows of the man she called father–yet never would she have imagined he would deny his only daughter. Even as Page blames her captor for welching on a deal with her father, she suspects the truth… but the shadows hold secrets. Now only the love of her reluctant champion can save the MacKinnon’s Bride.

Gavin Mac Brodie fears the thought of becoming the man his father was. Driven into solitude by visions of what he would not be and could not have, he vows never to wed. But Gavin’s is about to encounter a wee bit of Highland magic…

Catrìona is no stranger to solitude. Driven deep into the Highland mountains, her people have become little more than legend. But no one knows better than Catrìona that you cannot hide from fate. Naked and painted in the woad of her ancestors, she appears to Gavin Mac Brodie …

But is she flesh and blood–a chance for a future–or just a faerie creature who will vanish if Gavin dares to open his heart?

THE TRIBES, A Reader’s Companion to the Highland Worlds of Tanya Anne Crosby

Deal prices can change, so please check before clicking ‘Buy’!

by Debra Ullrick
Racing Series:
Book 1 The Bride Wore Coveralls
Book 2 Déjà vu Bride
Book 3 Catch Me If You Can Déjà vu Bride:
Furious with God, Olivia Roseman vows to never trust Him again. Why should she? Once again her prayers have gone unanswered, and once again another loved one has been ripped from her. With no job and only a few dollars, Olivia makes a choice to start over again. Without God and without love. However, her handsome new boss isn’t going to make forgetting God or keeping her vow to never love again very easy. Erik Cole questions the sanity of his moving from Swamper City, Alabama to Charity, West Virginia. That is, until he hires airbrush designer Olivia Roseman to paint his monster truck. When he senses that she’s a gal who is down on her luck, he vows to do whatever he can to help her. Only problem is, the little beauty creates more challenges than one. As his feelings toward her deepen, all Erik can do is hope and pray that one day Olivia will open up her heart to Christ—and to him.
Was: $0.99   Right Now: FREE!
Amazon

2 thoughts on “This Thursday’s Freebies & Bargains!”